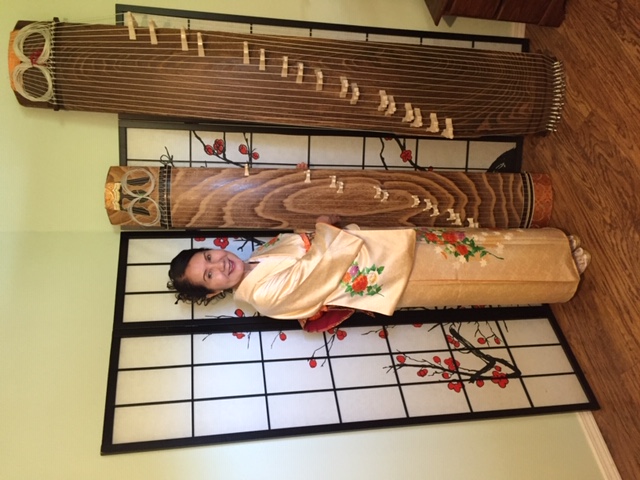 Masumi Timson is an instructor and performer of the Koto – a Japanese traditional instrument, and also the curator of the cultural exhibit “Windows to Japan: A Glimpse of Japanese Culture” at the World Beat Gallery. She holds a Master’s Degree (Shihan) in Music with a specialization in the Koto from the esteemed Seiha Conservatory of Japanese Traditional Music in Japan. She participated in various recordings of the world-renowned band Pink Martini , and has performed with the band at various venues including Carnegie Hall in (NY), the Hollywood Bowl (LA), Grand Rex Theatre ( Paris), Blue Note Tokyo , etc. Masumi has also released her own CDs, PictureDreams (Koto/Violin Duo), a collaboration album with Fumino Ando (Oregon Symphony), and Pacific Bridge and Confluence, with Richard Crandell featuring the Koto and Mbira, a traditional African instrument. Masumi supervises the Willamette University Koto Club and teaches the Koto at her home studio in Salem, and continues performing solo and with various musical groups and artists both in Japan and the USA. Learn more through her website and Facebook.